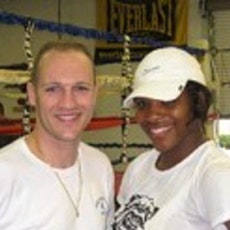 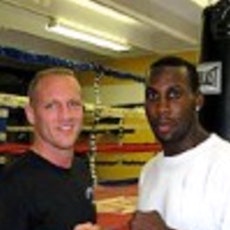 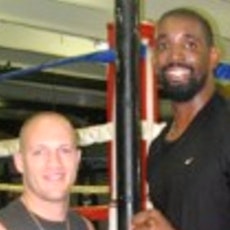 Boxing lessons with "Dangerous" Dave L who has a career 22-4 (15 KOS). Dave began amateur boxing in 1993 and became a three-time, two division I.S.K.A. World Kickboxing Champion. Three years later, the Florida State Golden Gloves Champ became a promising middle weight pro, signing with world famous promoter Lou Duva and Main events Boxing. Lewter began training with some of the best pro boxers and trainers in boxing, including fighters like Pernell "Sweet Pea" Whitiker, Vernon "The Viper" Forrest, "Ferocious" Fernando Vargas, Zab "Super" Judah, Glenn Johnson, Kassim "The Dream" Ouma and more. While working with trainers like Ronnie Sheilds, Roger Bloodworth, and others, Lewter racked up 16 pro fights in the next 18 months. On May 5th 2000 in Dallas, Texas, Dave won the W.B.C. Continental Americas middleweight title with a 9th round K.O. In June 2004, at the Harriet Himmel Theater, Dave won a fight against Robert Davis, acquiring his impressive current record of 22 wins and 4 losses. He also received a black belt from world kickboxing champion Steve Shepherd. In 35 years of training fighters, Steve has only awarded 15 black belts; and Dave was awarded his in a record time of only 18 months. In December of 1999 Dave became a working partner at Elite Boxing in West Palm Beach. He has since trained thousands of clients in conditioning, weight loss, agility, footwork, muscle strength and endurance and many other benefits. Including working with competitive fighters at every level of the fight game. From beginners learning fundamentals, to world class professional fighters and everyone in between. He has a history of success and proven results for being great at what he does.

“I first brought my 9 year old daughter to coach Dave with the goal of improving her footwork for tennis. I knew that he would be great when I saw that he had worked with Serena Silliams but now see that great would be an understatement. He is simply phenomenal! After only four sessions, my daughter's tennis coach (who is a world famous coach in Boca Raton) was in disbelief after seeing her literally fly around the court. Her feet didn't stop moving and after her session, he declared this to be a major breakthrough. most importantly, she is having so much fun learning to box with coach Dave (who is the ultimate motivator both physically and mentally) and looks forward to every session! I have been around top trainers and coaches for many years and can say hands down that coach Dave is a truly rare gem.”

I Can Help You Accomplish 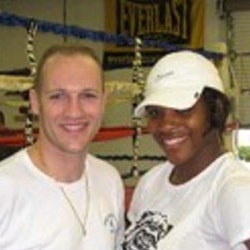 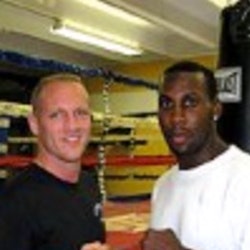 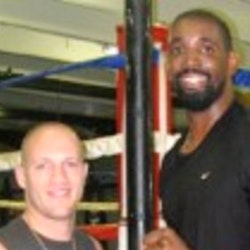 Your first session is backed by our Good Fit Guarantee

Dave is the boss! He brings a wealth of knowledge and experience with him. Working with Dave I have dropped 15lbs, in 6 weeks. I am lighter on my feet and feel great. Dave is a former professional boxer and quite simply the best professional trainer I have worked with.

There is no upfront cost to signup on FitnessTrainer. If you are not satisfied with your first session, we offer a full refund for that initial session and will help set you up with a new trainer.